The Integrated Management Office (IMO) of Bolivia’s largest state, Mato Grosso, tested CSECO’s CT-30 Contraband Detection Team Kit. For about six weeks in April and May, they used the kit, and then returned a report. Quotes below are from their official report.

The CSECO Buster Contraband Detection Kit, they said, is “very useful for inspections which require speed without room for error in a maximum of five minutes for the parts of the vehicle to be inspected.” They also found it helpful to accomplish this “without having to disassemble anything in places where materials of contraband are found.” By contraband, they are referring to such things as weapons, money, illegal electronics, or illegal narcotics. A reflector light included in the display allows for use at night, making the results clearly visible, they continued.

They found that the device was very simple to use, stating that “anyone with minimal instruction is capable of utilizing the Buster.” They liked the instrument’s durability, keeping the Buster from being negatively affected by accidentally dropping it; however, the handy strap included to secure the device to the user’s waist kept it from being an issue.

Another piece included in the CT-30 Contraband Detection Team Kit is the FV-Series Fiberscope. During the rare times when they were unable to use the Buster, according to the report, the Fiberscope was usable as a “long range instrument used when we need to inspect small entrance holes in order to find something hidden.” Some areas the fiberscope would be helpful include: fuel tanks, vehicle air conditioners, and internal door parts of vehicles. The cable has a resistant coating, allowing it to be undamaged by combustibles such as ethanol, gasoline, or diesel. This allows those using it for contraband detection to get into these and other small places, and fiber optic lights allow for visibility there.

The IMO also appreciated the fact that the tip of the Fiberscope has articulated movement, aiding them in searching more deeply into ducts in vehicles. This meant that it was possible to completely eliminate some forms of smuggling and increasing contraband detection of all sorts of illegal items or substances.

The optional digital camera that can attach to the Fiberscope allows photographs to be taken periodically while inspecting, which provides proof and digital storage of the proof of anything that is found during the inspection.

Another piece of the kit, the Leica Laser Range Meter, allowed measurements to be taken and compared of such things as truck beds. If there were discrepancies, a further search could be made to find secret compartments, false bottoms, and similar hiding places. The report stated, “Even in places with low light, or at night, it proved to be efficient because of the illuminated viewfinder, facilitating the inspection and decreasing the changes of an inefficient inspection.”

They also found the included CSECO PN-Series Inspection Probes to be of help to increase their reach by 1.5 meters or more, making it easy to inspect the bottom of loaded trucks. Smaller tools meant to aid inspections are also included, in a small tool kit that can be hung on a belt. A mirror with an extension arm and an attached flashlight are also included.

The IMO’s conclusion after testing the CSECO CT-30 Contraband Detection Team Kit was that “this kit can be very useful for the conducting of day-to-day police raids, which require agility and precision with no margin for errors.” Their report concluded, “It would be very interesting if we had our border operations equipped with this type of kit because the amount of contraband seized would really increase. We would consequently also catch new traffickers and smugglers trying to infiltrate the country with these types of materials.” 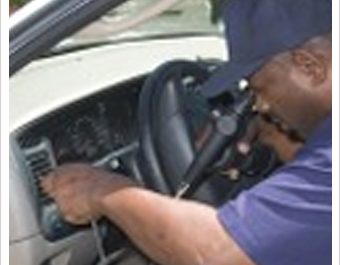 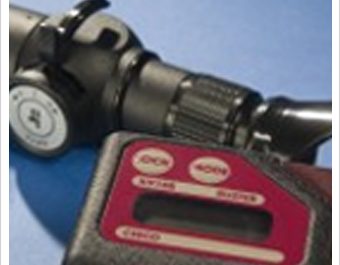