Contraband detection is important when US Customs and Border Protection or state or local law enforcement suspect someone is trying to smuggle illegal drugs or other contraband. When accuracy is important, law enforcement agencies choose the Buster Contraband Detector, also known as The Buster K910B Density Meter, considered as being the ‘gold standard’ of contraband detectors.

Patrick J. Campbell was approached by the US government in the early 1980s to come up with a tool to help them search for hidden contraband. Since Campbell had experience using radioactive elements, he chose that technology to develop the Buster with direct input from US Customs and Border Protection agent end-users. Originally, the Buster contraband detector was supposed to detect cash or narcotics.

Today, the Buster has RAD-Aware® Technology which makes it effective as radiation detection equipment. Because of this small, hand-held tool, first responders can tell if radioactive elements are in the area. First responders are also able to verify safe perimeters that will keep themselves and the general public away from harm.

The Buster K910B Density Meter is unique among contraband detectors available today. It uses low-intensity gamma radiation with scintillation detection to enable it to quickly scan a vehicle or room. Generally, a vehicle can be scanned within 5 minutes, and an average-size room in about 10 minutes.
Competitors’ contraband detection meters use radio waves, millimeter waves, microwaves or ultraviolet wave technology. Many government and law enforcement agencies consider this technology to be inferior because it has limitations and can cause the officers to use more than one meter to do the same job the Buster is able to do on its own. The Buster scans through metal, wood, fabric and reinforced plastic easily and quickly. These scans are non-invasive and effective for locating hidden items.

Would-be smugglers will hide contraband in a variety of places including fuel tanks, car doors, spare tires, hidden compartments and false bottoms. If there is an open space in a vehicle, chances are contraband has been hidden there at one time or another. The Buster also scans shipping containers, trucks, airplanes and boats along with cars.

The Buster was also designed to provide auditory and visual readouts. The readouts will aid the user in locating explosives, cash, concealed drugs and illegal weapons. Using the optional telescoping pole, officers are able to reach previously unreachable areas on vehicles using the “Buster –on-a-Stick.” The audible sound alerts the user to the presence of contraband, and the LCD provides clear visual indication of contraband.
CSECO provides the Buster Contraband Detector and Density Meter to these United States governmental agencies: 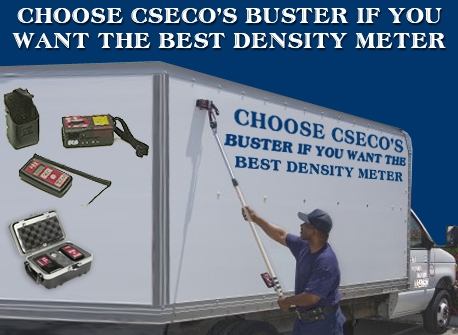 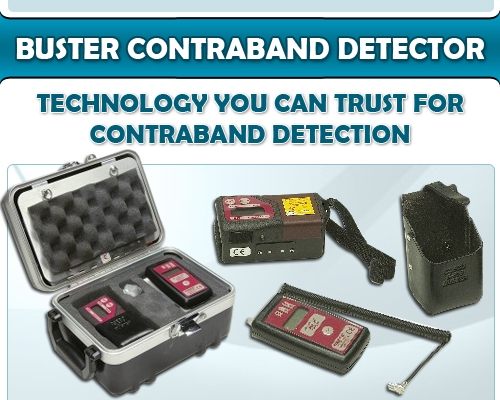 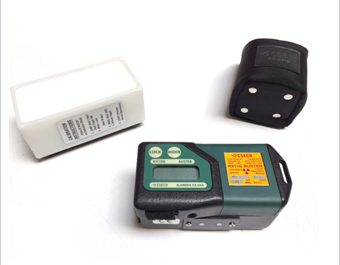