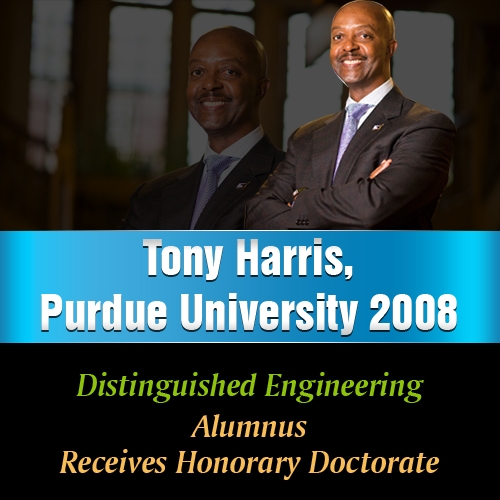 For those interested in pursuing a career in engineering, Purdue University has an excellent engineering department. Every year, the University honors prior graduates of their College of Engineering. During graduation in May, they honored this year’s recipient Tony Harris, President and Chief Executive Officer of Campbell/Harris Security Equipment Company (CSECO).

Harris began his affiliation with Purdue University as an undergraduate in the early 1970s. By 1975, he graduated with a Bachelor of Science degree in Mechanical Engineering. He has been recognized before for excellence in engineering by the university.

Harris graduated from the Harvard Graduate School of Business in 1979 with an MBA. It is easy to see that Harris has had an impact on the engineering industry based on these recognitions. Many minority engineering students see him as a role model both in the US and abroad.

As a child, Tony had similar interests as the children in his inner-city Chicago neighborhood. He showed an interest in sports, particularly basketball. He also enjoyed music, preferring Motown sounds and then favoring jazz. Originally, Harris planned to become an architect, but a conversation with a high school mentor convinced him to research engineering, partially because of the opportunities it afforded. Following this advice, Harris pursued and received an academic scholarship to Purdue University.

Harris excelled in engineering and helped found the National Society of Black Engineers (NSBE) prior to his graduation in 1975. Today, this organization is one of the largest student-run organizations in the country. It currently boasts over 30,000 members in 400 chapters. After he graduated, Harris went on to obtain an MBA. He has held positions at Ford Motor Company, Ford Aerospace and Communications Corporation, and Sonoma Ford/Lincoln Mercury where he was the CEO.

Harris purchased Campbell/Harris Security Equipment Company in 2007. The Alameda, California company manufactures contraband detectors like the ‘Buster K910’ density meter. This one tool, developed with US Customs and Border Protection agents in the early 1980s, is able to detect ‘dirty’ bombs or other explosives components as well as contraband including cash, weapons and illegal drugs. Domestic and international law enforcement agencies, as well the Department of Homeland Security, US Customs and Border Protection, and US State Department have successfully used contraband detection equipment manufactured by CSECO.

Harris expects Purdue University to continue to play a large part in his life professionally. He serves on the National Advisory Board for the NSBE where he is able to promote minority engineers. Besides being honored as the 2013 Honorary Doctorate in Engineering, Harris has also recently accepted a request to serve on Purdue University’s Strategic Advisory Council. 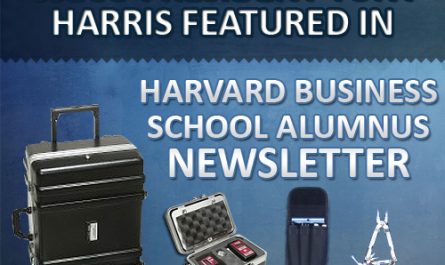